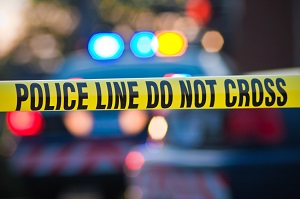 Over the past year, there have been a few times where one of the most hot button issues was the outcry over police shootings of unarmed civilians – shootings which some deem to be racially charged.  Headlines have been dominated by police-related deaths in Ferguson, New York, and now Baltimore, and the resulting protests, riots, trials, and calls for justice that inevitably follow.

Throughout this time the call for police accountability has been at the forefront of many minds, with thought leaders, lawmakers, and everyday citizens suggesting police departments implement measures to help remove the he-said-she-said ambiguity of so many of these cases.  A frontrunner among the proposed solutions has always been police-worn body cameras, which can help to provide a record of encounters between officers and civilians.  The cameras come in many forms, from sunglasses-mounted to those worn on the lapel, but the basic premise is the same:  Firsthand video evidence of every encounter would likely keep officers tempted to abuse power in check, while also keeping citizens from fabricating or selectively remembering events when trying to claim police brutality in their case after the fact.

It should be a win/win for everyone, but that doesn’t mean the solution comes without its own issues.  To be fair, the technical restrictions of recording and storing so much data can be problematic.  Much like store cameras that record security footage, police departments have to decide if they will keep every recording that comes in saved forever via the use of servers, or if they will delete recordings after a certain amount of time if they are not required for a pending case.  Proponents of the cameras say that departments should pony up for storage, as convenient “loss” of footage could prove just as angering as no footage being recorded in the first place.

Now, lawmakers in North Carolina have proposed a bill that would classify police dashboard and body camera recordings as outside of the definition of public record.  If the bill passes into law, these recordings would, while an investigation was pending, be able to be kept private by a department, immune to public records requests.

Opponents of the bill say that not allowing outside access to bodycam footage until an investigation has been closed – and it’s likely too late to change rulings and indictments – defeats the entire purpose of having them in the first place.  Keeping these recordings out of the public record, they say, would constitute another act of secrecy on the police’s part.

The legislation passed easily in the house recently, and will now go to a vote in the North Carolina state senate.  If passed, recordings would join DNA tests and other crime scene data as exceptions to public record in the case of an open investigation.

Currently, two police departments in the area do have cameras or plans to implement them.  The Cherryville force has had body cameras for over a year now, and the Gastonia police have ordered a dozen lapel cameras for their officers but have not yet placed them into circulation.