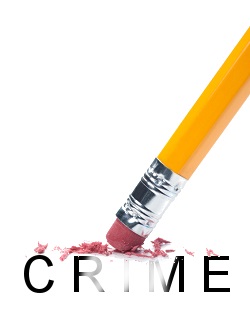 As ugly as sex trafficking is, sometimes the after effects on young men and women caught in the trade can be just as brutal.  Even without the need for extensive therapy and other treatments, the simple number of criminal convictions someone can expect to rack up while under someone else’s thumb can be extensive.  In turn, employment and other opportunities in life can be limited for those who manage to escape the trade – a feat which is already difficult enough on its own.

While held captive in the sex trade, many (young women especially) are asked to carry out minor to major crimes.  Inevitably, they get caught from time to time.  This includes women like Beth Jacobs, who escaped several decades ago only to begin her new life with 22 criminal convictions.  Beth would eventually, following years of therapy, be able to get her Bachelor’s degree and begin working as a social worker in Minnesota.  Eventually, she moved to Arizona, and that’s when the trouble began.

State to state, policies differ on the ways that criminal records should be treated and whether the convictions themselves are mitigated by the context under which they were committed.  Jacobs applied for, and was hired for, a job as a sex crimes investigator – an understandably passionate topic.  Despite it being nearly 30 years since a drop of ink had been added to her criminal record, she was let go after just a month when her past charges surfaced.  In Arizona, you see, criminal convictions must be reported to employers for 99 years.  For all practical purposes, this means convictions will stay with you for your entire life.  As many ex-convicts find out, Jacobs had trouble getting everything from a driver’s license, to a job, to a mortgage, to admittance into higher education.

Now, a bill has been introduced into the Arizona Legislature by Victoria Steele, a state representative.  The law would allow victims of sex trafficking to ask a judge to “vacate their criminal records.”  In short, they would no longer have convictions that had to be disclosed to probing employers or agencies conducting backgrounds checks.  The bill currently has support from both sides of the aisle, as well, with several republicans voicing their support.  Specifically, the bill would apply to those who were forced into the trade as minors.

One of the biggest problems with the way that these victims are treated after their nightmare is supposed to be over, according to Jacobs, is that they have no value.  After being degraded for so long, this is a dangerous sentiment due to the emotional abuse already suffered, and the ease of falling into depression, self-harm, and/or suicidal tendencies.

The bill is HB2553 and, while still in its early stages, it has plenty of supporters hoping for a quick and easy enactment.  While there are no guarantees, it seems unlikely that the state legislature will want to do anything but help those that have already had to endure so much.